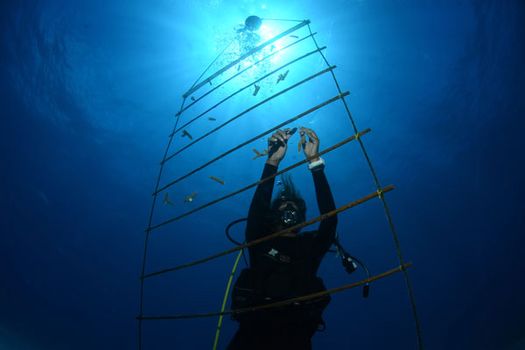 The National Oceanic and Atmospheric Administration has awarded more than $1.5 million
toward Florida Keys coral reef restoration projects, at a time when a disease is decimating the
coral reef tract in the Keys.

The Florida Keys reef is a major tourist attraction and key engine for the economy, as the reef
hosts millions of visitors a year and fishing, diving and other watersports generate $2.3 billion
annually.

NOAA's Coral Reef Conservation Program, in partnership with the National Fish and Wildlife
Foundation, has awarded more than $8.3 million in grants and cooperative agreements,
supporting conservation projects and scientific studies in seven U.S. states and territories, as well
as international projects in the Caribbean and Micronesia. Grant award recipients, including
Mote Marine Laboratory, are also providing more than $5.2 million in matching support for
these critical projects.

One of the grants will help fund restoration work for pillar coral, a rare species in the Florida
Keys that has been the target of the fast-moving coral tissue-loss disease spanning more than
96,000 acres.

Mote will implement a strategic Florida Keys Coral Disease Response and Restoration Initiative
with multiple research and restoration partners. Mote will conduct the necessary research to
identify naturally resilient, endemic genetic varieties of coral species, cross-breed those varieties
in a targeted way for healthy genetic diversity, and investigate why they are resilient, according
to Mote.

The nonprofit group's lab in the Keys will establish and maintain coral life-support systems and
coral storage facility in a remote, secure, inland-based, living coral gene bank to ensure the
species long-term viability and their genetic diversity if the coral disease in the Keys persists.
Mote will establish an isolated, "clean room" laboratory for coral disease research
and implement multi-year monitoring and analyses to scientifically evaluate ecological impacts
and benefits of restoration.

Florida's degraded and declining reefs are fighting a losing battle to continue providing critical
protection, but this coral restoration initiative will significantly strengthen that ability for
amplified and lasting protection of the Florida Keys economy, culture and quality of life,
according to Mote.

During the last 40 years, Florida's indigenous corals have declined in some areas by more than
90 percent, with some species losing more than 97 percent of their populations, according to
Mote.

Seven coral species found in the Florida Keys are listed as "threatened" under the U.S.
Endangered Species Act. Elkhorn and staghorn corals have been decimated by white band
disease, and there are grim prospects for brain, boulder and star corals, which have beeen
severely affected by the tissue-loss disease outbreak.