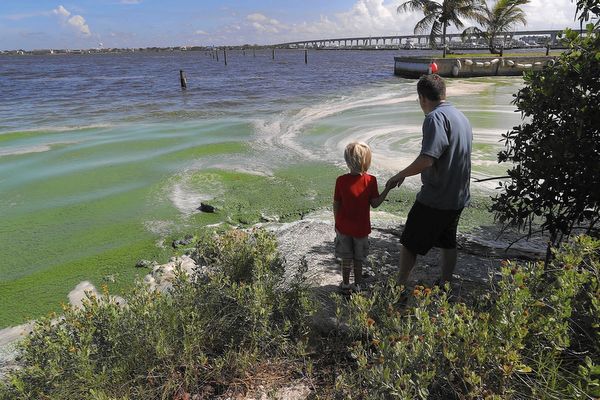 SOUTH FLORIDA -- Everglades advocates and Florida's potential next governor this week
objected to an unexpected lease extension granted to a sugar company farming the site of a future
reservoir -- a project intended to help Florida Bay.

The South Florida Water Management District's board of directors on Nov. 8 approved an
extension of up to eight years to Florida Crystals on the 16,158-acre property designated as the
Everglades Agricultural Area reservoir. The lease pact was added to the district's meeting
agenda late Nov. 7.

"Illegal, shameful and undemocratic" was how Erik Eikenberg, chief executive of the Everglades
Foundation, described the water district board's action in a letter to outgoing Gov. Rick Scott. He
went on to demand the resignations of the district's governing board and Executive Director
Ernie Marks.

"We will not support any lease extension that could delay the construction of the reservoir in
direct contradiction of the intention of both the United States Congress and Florida Legislature,"
U.S. Rep. Brian Mast, R-FL 18, and Ron DeSantis, currently ahead in the recount of Florida
governor's race, said in a joint statement issued by Mast.

South Florida Water Management District members and staff contend by reclaiming 560 acres
currently leased to the Florida Crystals company, some preliminary work will "ensure the
reservoir becomes a reality as quickly as possible."

The Florida Crystals lease on the whole state-owned reservoir site was scheduled to expire in
March.

Eikenberg disagreed, saying, "Far from allowing `immediate reservoir site work to proceed,'
[SFWMD Chairman Federico] Fernandez has signed away any possibility of performing site
preparation or construction work on 16,158 acres of taxpayer-owned property until April 1, 2021
at the earliest. This deception and lack of transparency by a government agency is alarming."

The National Parks Conservation Association's Cara Capp wrote the reservoir "will be critical in
directing desperately-needed freshwater flow to Everglades National Park and the Florida Keys.
... This [lease extension] is a complete injustice to Floridians who are desperate for a solution to
the toxic discharges devastating Florida's coastal communities."

Just a few weeks earlier, Everglades and Florida Bay advocates were elated when a national
water resources law that authorizes work on the EAA reservoir passed the U.S. Congress and
was signed by PresidentDonald Trump.

Federal funding for half the estimated $1.8 billion cost for the reservoir remains to be
appropriated by Congress. Florida lawmakers have committed to spending about $800 million
over several years as the state's share.

The EAA reservoir is a critical component to hold and treat fresh water in an area south of Lake
Okeechobee. The reservoir can store fresh water that otherwise would be flushed, as a flood-
prevention measure, to mainland estuaries where it triggers massive algal blooms.

The South Florida Water Management District said in a release that state authorization for the
reservoir requires the agency to allow sugar companies and other agricultural interests leasing
the state land "to continue to farm on a field-by-field basis until such time" as work on the
reservoir starts.

Planners on the project to build the large reservoir, 23 feet deep, have estimated it could take
eight to 10 years to complete.

Conservationists believe the reservoir could be finished in a much shorter time frame if
agricultural uses were phased out more quickly.
kwadlow@keynews.com